PowerPoint is better than Photoshop 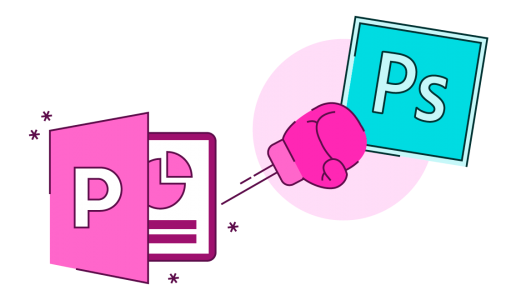 I’ve been using PowerPoint for a long time, a long time… Throughout my PowerPoint journey I’ve found a tonne of functions in the presentation tool that match (and sometimes even beat) Photoshop. Don’t believe me? Read on…

As I write this I think to myself how many graphic designers will be glancing over this blog post thinking, “yeah right, whatever”.

It’s a common experience I’ve become accustomed to over the years of being a presentation designer. All over the world there are people that scoff at even the thought of using PowerPoint functionality to create beautiful and effective pieces of design. I think it’s about time that someone spoke out about the ways in which PowerPoint can be used for techniques that are just as effective as, and even simpler to achieve than, with many of the Adobe Creative suite programmes (Photoshop, Illustrator, After Effects, Flash…)

I should point out that the depth of functions offered within Adobe programmes is vast. There are far more things that you can do with images in Photoshop than will ever be available in PowerPoint. But to that point, it’s been estimated that 90% of Photoshop users use less than 10% of the functions available to them.

I’m going to prove to you that many of the functions that get used in Photoshop can actually be carried out in PowerPoint, with even greater ease. Admittedly, Microsoft haven’t done a great job at advertising some of the things I’m going to show you; perhaps they just didn’t think that the general population of non-design folk would understand or be ready for them? So instead they continue to provide all kinds of instructions and layouts enabling bullet points to be placed generously on slides!

So here’s a list of the functions that are all easily accessible from your very own copy of Microsoft PowerPoint. I’m not going to explain in depth how to carry out each of the following, we’ll save that for future posts!

One of the most helpful tools that hardly anybody knows is available. The ability to see and name all the objects on your slide with a list of layers. The ability to then make an object invisible while you work on others is indispensable. This works in the same way as the Illustrator and Photoshop layers function. 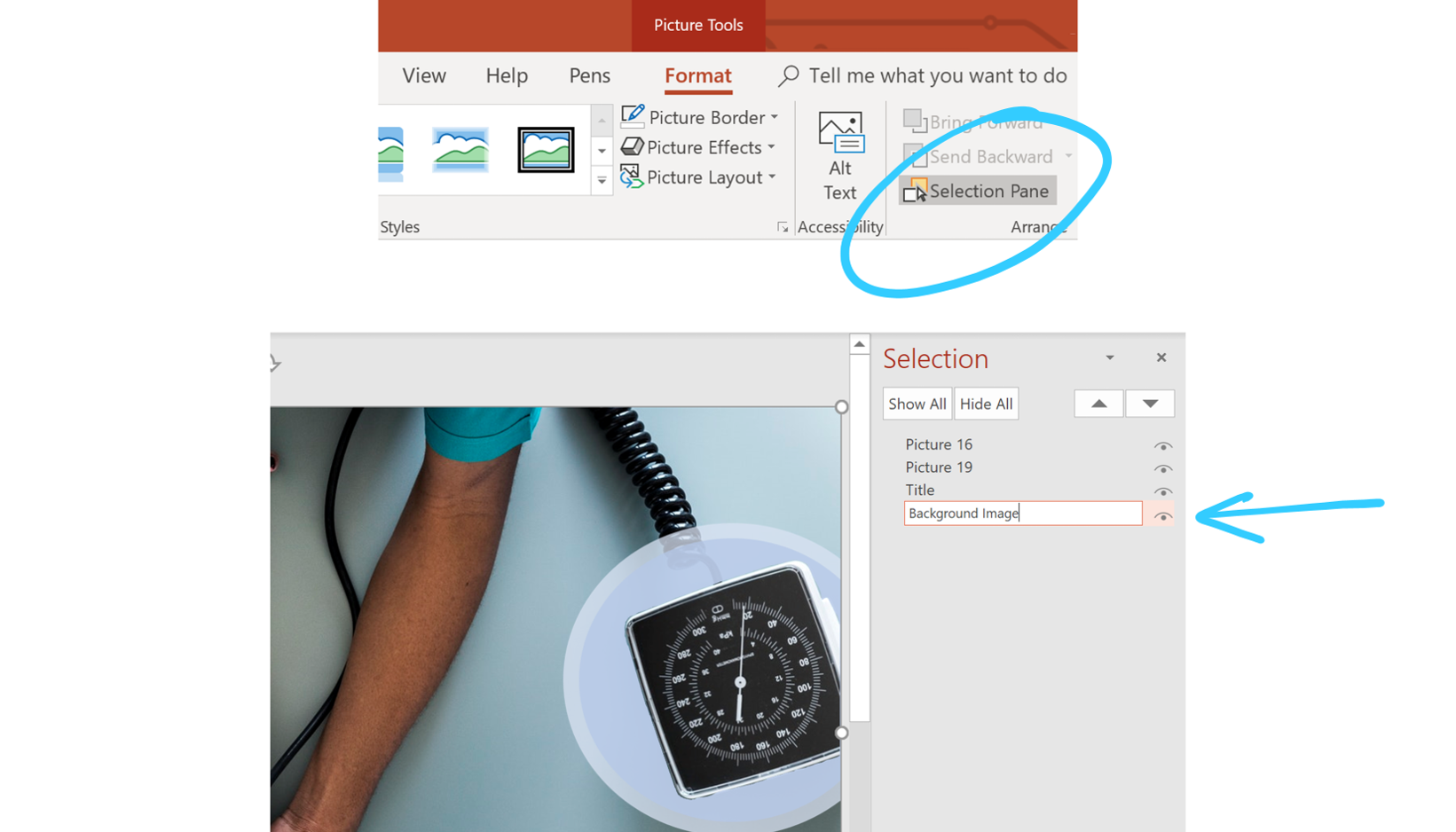 I’m sure most know about the fantastic ‘Magic wand’ tool designers use in Photoshop, enabling you to select and delete out specific parts of an image. This can be done in pretty much the same way in PowerPoint, using the ‘Remove background’ function.

A really nice effect on slides is to have a blurred image in the background, allowing you to have sharp visuals containing your message in the foreground. Most of the time people send the image over to the graphics department to add a certain amount of Gaussian blur. In actual fact, the same function can be performed in PowerPoint by simply selecting artistic effects and dictating how much Gaussian blur you’d like to add to your image. This like many other functions in PowerPoint is actually much simpler to achieve than in Photoshop.

This is perhaps the best example of where PowerPoint far excels Photoshop’s functionality. If you’re trying to achieve a reflection in PS, you’re going to need a multiple step process, starting with 1.duplicating the image, 2.then mirroring it, 3.cropping down up to where reflection is needed, adding transparency, the list goes on…

In PowerPoint, simple select the reflection option from the picture format window. Straight away you’ve reached the point mentioned above, but the functionality doesn’t stop there, you can now control how far the reflection reaches, whether you’d like it to blur the further away it gets, plus many mare options far outreaching the ‘do it yourself’ Photoshop way.

Everyone loves the inner/drop shadow feature in Photoshop, well it’s exactly the same in PowerPoint with the ability to change the distance, blur, direction, colour etc… Just remember, when adding effects, less is usually more!

Ever frustrated that your presentation file size is too big after inserting too many large images and then end up having to take them into Photoshop to reduce their size and resolution?

In PowerPoint there is an option to ‘compress images’ allowing you to discard any cropped areas, and reduce the image resolution to one that still looks perfect when presented, but is actually much smaller in file size than it was before.

Have you ever needed to make your image washed out to sit against the background of your presentation? Perhaps you’d like to change the colour of the image to make it mono-tone with a specific colour that fits in with your brand identity? This can be carried out in PowerPoint with one simple click of your mouse.

You have the ability to change the leading, kerning and many other features similar to how you’d go about working with text in Adobe software, the advantage here is that once tweaked and perfected, your text remains editable, so there are no issues down the line when others need to amend the file. NO MORE UNEDITABLE TEXT IN PRESENTATIONS!

Learn more about typography in PowerPoint in our in-depth, how-to guide.

It is possible to use the freeform tool in PowerPoint to draw your own shape – no problem – then once you’re finished, simply right click and edit the points. Now you can alter the vector lines in the same way you would in Illustrator.

Wondering when you would use this tool? Check out the impact you can create using masking effects in this blog post.

So there you have it, a pretty long list of functions that mirror if not exceed the same functionality as in Adobe tools. Is PowerPoint better than Photoshop? I certainly believe that you can use PowerPoint functionality to craft effective, good-looking design once you know a few simple techniques. If you want to learn more about what PowerPoint can do, take a look at our free online resources:

Mind blowing PowerPoint, Awesome PowerPoint tricks, and Animation, or pick up more tips and tricks on our Blog.

If you’d like me to walk through any of the above examples in more detail, please comment below.

The art of the mouse in presentation design

Getting yourself a basic computer mouse is one of the quickest and most effective ways of revolutionising your presentation design. Think about it, no graphic designer in their right mind would work in their creative programs without wielding their mouse like a mighty sword 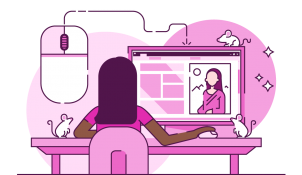 Shutterstock vs. iStock for presentation photos 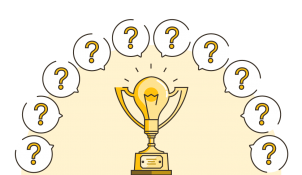 I’ve recently been using Google Slides for a client’s conference event. It’s been really helpful for all parties involved, being able to collaborate, update and edit all in real time. But when it came down to the event itself, the client needed an offline version of the slides running in Apple Keynote... 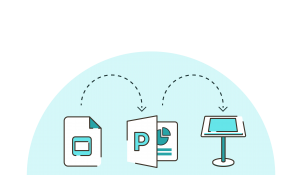 This is awesome! You guys are great to work with and we will absolutely recommend you to others. 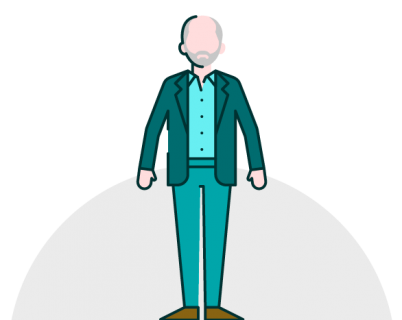