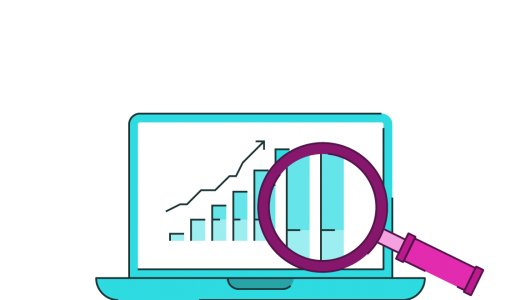 Once upon a time, on desktops far, far away, there was PowerPoint for Windows and something very very different for Mac… If you remember PowerPoint:mac 2011, you might still have recurring nightmares about the amount of effort it took to create presentations. There were so many things missing in PowerPoint for Mac compared to the Windows version. These days things have improved, but there are still a few key differences between the two desktop platforms of the world’s favourite presentation design software.

Here at BrightCarbon we have a rather unique perspective on compatibility because we tend to look at PowerPoint with two brains. The first is the ‘user brain’: like many of you, we use PowerPoint every day to create presentations, videos, documents and more. The second is the ‘developer brain’: this is our add-ins development team! This team spend a lot of time thinking about how we can push PowerPoint far beyond its native capabilities. They are the brains behind our free PowerPoint design and productivity add-in BrightSlide and a lot more good stuff! They have also spent a lot of time contemplating (and being frustrated by) what we can do with add-ins in Windows that we can’t on Mac.

If you’re using PowerPoint regularly to create masterpieces, you need to know what features are, or are not, supported by each platform.

Generally, new features first appear in the Windows version of PowerPoint (at least until PowerPoint for the Web was conceived. But that’s another story!) However, some of these features never make it to the Mac at all. On the other hand, there are a few features that Mac users got their hands on ahead of PC users. For example, transparent pictures and hex colour codes were enjoyed by the Mac community long before they finally appeared for PC users – in 2018 and 2020 respectively.

However, as the saying goes, the only constant in life is change. And as Microsoft continue to invest in both desktop platforms, the differences appear to be getting smaller.

With all that said, this is what we’ve discovered to be the most significant differences between the latest versions* of PowerPoint for Windows and PowerPoint for Mac:

Making PowerPoint do things it doesn’t do out of the box is one of our passions. Our free BrightSlide add-in has over fifty new tools to make your presentation creation process faster and more enjoyable. And we recently released a Quick Access Toolbar – a customised toolbar packed full of our favourite PowerPoint tools – that runs in PowerPoint for Mac. But there are some things that the Mac version of BrightSlide simply can’t do because Microsoft have not opened up access to the interfaces we need under the hood. If you’re approaching PowerPoint for Mac with a developer brain, these are some of the major things you need to know:

We have our fingers crossed that Microsoft will open up access to PowerPoint for Mac so we can continue to spread presentation creation joy with epic add-ins. In the meantime, we’ve got our developer brains in gear and will keep looking for creative solutions to your presentation problems!

Make PowerPoint for Mac work harder for you by solving the missing Develop tab.

*The versions compared in this article: 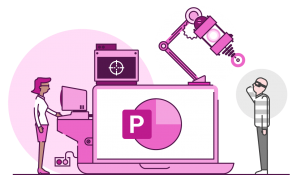 If you've ever run or written a macro for PowerPoint, Excel or Word on a Windows PC you'll probably be familiar with the Developer tab. Move over to the Mac and you'll be able to turn on the Mac Developer tab for both Excel and Word but it simply doesn't exist for PowerPoint. Until now! 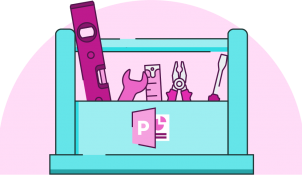