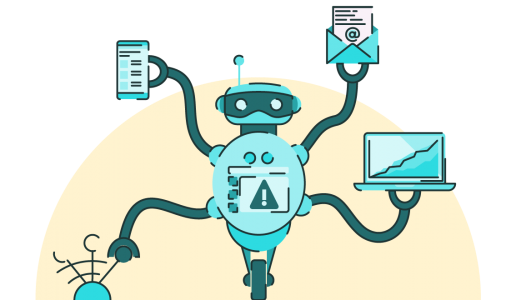 Nobody ever writes about failures with the latest technology. It’s embarrassing, they think they might turn things around, and their employer doesn’t want them to. But here, I’m going to share my thoughts on why my last employer failed with marketing automation (specifically Marketo – but most of this story would apply to others). I can write freely because:

This story is primarily applicable to small businesses – we were only 40 people, under $5m of turnover. Larger businesses will still have some lessons to learn from this, but I’m not sure how many.

So, why do I think we failed with Marketo and marketing automation?

Our objectives for using a marketing automation product weren’t clear, and weren’t fully thought-through. We wanted to know who was on our site, and where inbound leads had come from. We saw lead nurturing and marketing automation as a bonus that could come later. But that meant we weren’t really prepared for the full feature-set. We were using a hammer to crack a nut. An expensive hammer.

We didn’t have a marketing process to automate. Our marketing was very tactical. We might acquire a list, or attend a trade show. What we did next was ad-hoc, and not necessarily well thought through. We got a tool that would help us automate our process, but we didn’t have a process.

Not enough leads to nurture

We didn’t have a problem with too many early-stage leads that we needed to qualify because sales were too busy and wasting time on poor quality leads. We didn’t have enough leads, full stop. Marketing needed to go out and get them. Marketing automation could help qualify leads, and nurture leads – but not when sales were desperate (and willing) to jump on any phone number that might connect them with a warm body.

We didn’t have the right content. Or rather, we had a huge amount of content, but it was in the form of web pages, not packaged up into e-Books and whitepapers and other things that people would swap their contact details for. So, we had a lot of web traffic, but we didn’t really have any way of getting people to give up their anonymity. At least at first.

We were a small business, without a proper marketing department. We had 1.5 people in marketing. Marketo was supposed to help us overcome that lack of staff – but actually, we needed to dedicate a lot of time to trying to make it work. We also quickly discovered that marketing automation is a beast – it devours content. If you don’t feed it, it dies.

It took us too long to build a shared understanding of the buying process between marketing and sales. We didn’t really agree on what could be communicated by marketing, and what should be communicated by sales. Sales people didn’t want the punchlines of their sales presentations to have been revealed by a marketing campaign. So feeding the marketing automation beast with content became even harder – sales were trying to stop us telling prospects certain things.

We never really thought about harnessing the tool to communicate with existing customers, to identify and create up-sell and cross-sell opportunities, or for project follow-up. Given that we didn’t get enough use of Marketo in managing our prospects, we might have been able to get more value by also using it with customers. That wasn’t something sales people wanted.

We didn’t recycle leads. There was a culture of sales people calling leads as dead if they weren’t ready to buy. Sales people needed to be better-educated, and more realistic. Poor sales and marketing alignment made it attractive for sales to just claim leads weren’t any good, rather than hand them back.

We sold projects. Deal size was very unpredictable. We were talking about tens of deals per month, not 100s. Many of those deals came from referrals, or repeat business. Things like revenue performance modelling didn’t seem to fit, for that reason. We can’t have been the only company out there with a revenue profile that didn’t seem to fit well for some of the functionality that Marketo was rolling-out.

We stupidly used the SOAP XML integration, because we wanted Marketo pages to integrate with our website in a clever way, and because we wanted some landing page functionality that wasn’t there at the time. Big mistake. Lots of extra work, lots of cost, and it meant that support didn’t know what we were talking about, half the time.

Support hours – at the time – were awful. California isn’t on the best timeline for the UK. That’s fixed now (support from Ireland) – but at the time it was terrible. So was the fact that Marketo was growing so fast that it seemed anyone you ever spoke to was new.

Is email the best tool for communication? We came to rely on it too much – perhaps because that’s what tool we had. Who opens sales emails? People obviously do – and others are getting great ROI from marketing automation – but I do wonder if we should have been more creative and sent the occasional ‘lumpy mail’. We made some use of video – but only after other efforts hadn’t worked.

We haven’t implemented a marketing automation solution as BrightCarbon (yet). We’re going to (a) build our list, and create a tried-and-tested set of activities for capturing leads (b) create valuable content (c) create and run nurturing campaigns manually, and tweak until we’re happy (d) only automate our marketing when we can’t do it manually any more.

That might sound naive – but I can’t help but feel that automating a process that we feel works is going to be more useful than putting technology in place, setting up a process without any feel of how it feels for real prospects, and letting the technology get on with it because tweaking isn’t anyone’s job.

I’m sure we haven’t got the answers. Failure teaches us many things to avoid – but not necessarily what to do instead. If you have ideas, thoughts, comments – please share.

In the agency world, it’s fair to say that PowerPoint design sits somewhere at the bottom of the pile. Working with a specialist presentation design company will generally deliver better results, with less effort, and typically at lower cost. So why do some companies just go with their marketing agency for presentations? 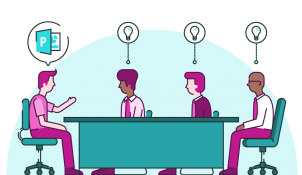 Searching online, I find four companies describing themselves as the UK’s leading presentation design agency. Not ‘one of the leading’, but the leading. Four. Which is of course a nonsense. So, who’s lying? 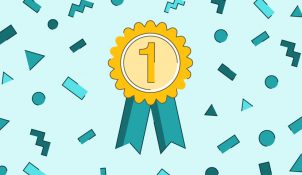