Already one of the biggest mobile games of the year, after only a week, Pokémon Go is everywhere. The app is brilliant inspiration for gamification, a stand-out example of augmented reality, and a testament to the power of nostalgia. Users take on the role of a Pokémon trainer, using the streets of their own towns as the arena for the game’s challenges.

eLearning developers, teachers, and learning and development professionals: take note! There’s a lot that we can learn from Pokémon Go.

Virtual reality technologies might already be on your radar, but Pokémon Go shows that the benefits of virtual reality are not limited to Google Glass or expensive Virtual Reality headsets.

Though a wearable accessory will launch soon, Pokémon Go is currently doing pretty well for itself without this extra tech. The game uses augmented reality – virtual elements added to the real world, rather than a completely virtual world – and shows us how this can be done successfully with a mobile app.

Blended learning is a step in the right direction

Maybe augmented reality doesn’t seem exciting to you…maybe it just seems unfamiliar and scary! But in learning and development we’re already blurring the lines between technology and real life with blended learning.

Blended learning refers to using technology as part of face-to-face learning. An example of blended learning could be using a mobile phone to show instructional videos to an apprentice electrician carrying out a task on-site.

It doesn’t take a great imaginative leap to see how this could develop into an augmented reality app. An app designed to label parts of an electrical device when it comes into view of the camera, for example, falls into both the category of blended learning and augmented reality.

Pokémon Go players have embraced the collision of technology and the real world. Blended learning is a way that we are bringing this to learners, too.

Having fun has great side effects

Players of Pokémon Go have to (literally) hit the streets to (not literally) get their hands on Pokémon. So they’ve not only been having loads of fun but also getting loads of fresh air and exercise.

It’s not clear if getting players to exercise was an intentional part of the game’s design or not, but either way it’s definitely a positive side effect of the Pokémon Go fervour.

When developing e-learning, we can use games and challenges as a way to encourage learners to understand things that are important but might seem boring on the surface. Interactive tasks motivate learners to do well, and encourage them to do more learning because it’s…fun!

I’m not exaggerating when I say that over the last few days, every other post on my Facebook timeline has been about Pokémon Go. The reason people are so keen to post about the game on social media is a mix of a feeling of investment in the game and the fulfilment of peer recognition.

Lack of emotional investment is often a stumbling block for e-learning success. It is pretty difficult to get learners engaged with content if they’ve been told they have to complete a module but don’t really want to.

Gamifying your learning can help learners to engage with content by making them feel invested in it and bringing the learning into their social sphere. Badges, scoring systems, levels, and leader-boards can be incorporated into e-learning content to gamify the learning process.

Recognition of progress by their peers, and a sense of friendly competition, starts to create conversations around e-learning and makes it something that learners want to do rather than just something they have to do.

Pokémon Go has gone viral not just because it’s part of a well-loved franchise, but because it has combined technology with real-life in a way that excites users and brings the game into to their lives. Through augmented reality, interactivity, and gamification, we can use technology to bring people even closer to the concepts they are learning, improve the learner experience, and maybe even go viral ourselves!

For more information on gamification, have a good read of this article. 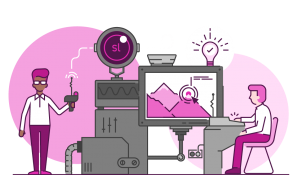 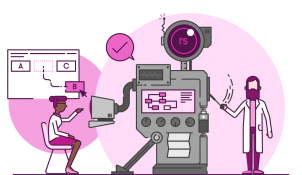 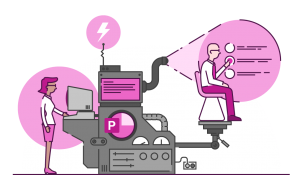