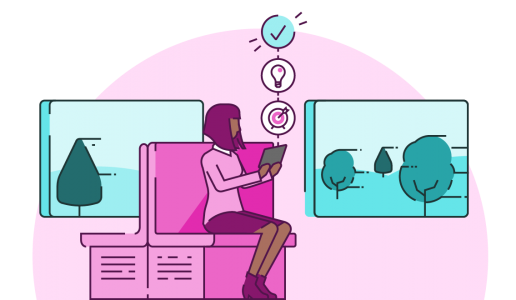 Readers without offspring may well be disposed to doubt that this meddlesome, moon-faced child has anything to teach us about effective presenting. But anyone who’s had to watch more than half a dozen episodes of this show will have noticed some consistent devices that Dora employs to keep her target audience in thrall and that can, disturbingly, infect even the most reluctant adult viewer with ear-worms of maddening tenacity. My kids have retained a bewildering amount of knowledge from their (aggressively-rationed) exposure to this show, and it is now time, at last, to reveal why this is so. What presentation lessons can we learn from Dora the Explorer?

First discussed explicitly by Diderot, this technique is well-known to theatrical drama and film-making. It rests on the primary assumption that the audience is not part of the dramatic scene, but watches it unfold from behind a transparent ‘fourth wall’ (the imaginary barrier between the front of the stage and the stalls, or the television screen). A character ‘breaks the fourth wall’ when he or she acknowledges the existence of the audience and addresses them directly. The effect can be startling since it invites the audience to engage personally with the scene and their response may even influence the unfolding of events.

Dora executes this technique frequently and without embarrassment. Perhaps a dozen times per episode she will turn to the camera and ask a question such as “What was your favourite part?” or “Can you say ‘ariba’?”. There follows a significant pause during which children will yell out the required response and adults will frown in discomfort. Dora will then pretend to enjoy the reply, and the action continues.

When presenting, we must also practice breaking the fourth wall, only without Dora’s glib indifference to the content of the response. If you’re not actually giving a lecture, don’t let your presentation take the form of one.  Rather, at key points, stop and ask the audience for their take on things. (“Which of these issues is hurting you most right now?” “Is this situation typical in your company? How have you tried to deal with it?” “Which of these services do you think would be the most useful at the moment?”)

Doing this re-ignites the audience’s attention, encourages them to open up and share valuable information, and turns the presentation into more of a dialogue. Using this technique strategically lets you change emphasis or even switch direction depending on what you learn about the audience as you present, which helps you to tailor the session so that it’s as relevant as possible. If you prepare your presentation with hyperlinks so that it’s interactive, or develop several ‘topics’ that can be presented in a non-linear way, your presentation can be as flexible as it needs to be to support the developing conversation. That’s a very engaging way to run a sales meeting.

If you’ve seen even one episode of this show, you’ll be in no doubt as to the identity of the map. Less viciously self-indulgent, but no less effective, is the way Dora reiterates the details of her chosen route as she progresses. After the show’s exposition the correct route is laid out and explained, and every time the team conquers one of the objectives the route is shown again, and again, until the adventure is completed and the mariachi band plays the victory salute.

In a presentation context, this means putting up an agenda (or better, a persuasive value proposition made up of the key reasons why the audience should choose to work with you) early on in the presentation after you’ve set up the context for the discussion. Then, after presenting the first section which demonstrates your capability in that area, you show the value proposition slide again. This gives the presenter a chance to recap the importance of that part of your offering, and introduce the next item, before you move on, and so on through all each section. Repeating the value proposition slide several times like this works as a mnemonic – it almost forces the audience to remember your key sales messages in the long-term, when it’s time for them to make a decision.

As my primary school teacher told me, every good story has a beginning, a middle, and an end. So much for creative writing. But Dora’s adventures uniformly adopt a three-phase model, and it works because the audience always knows where they are up to in the story (one memorable agenda began with an expedition through the jungle, then past the bear’s cave, to get to the chocolate tree). Every time an objective is reached, the completed phase is ticked off on the map, and the narrator looks ahead to the next phase.

So, imagine your value proposition were ‘Greater Efficiency, Improved Accuracy, Long-term Profitability’. When explaining the value proposition, you could link these ideas together: “you can improve this, then that will allow you to go on and do this, and all of that means you’ll be able to do this…” If the final point in your value proposition represents an overall goal that the prospect is looking to achieve, your pitch will take on a persuasive and memorable quality that even Benny the Bull could buy into. For a more ‘adult’ investigation into this technique, read more here.

My three year-old knows the Spanish for ‘up’ (arriba) and ‘down’ (abajo). She didn’t learn it merely from repetition, despite the charming song that Boots the Monkey sang throughout that particular episode. She learnt it through application: in this instance, Boots used the two words to command the Grumpy Old Troll to manipulate a bridge, ensuring safe passage over a swamp. It was not mere repetition of the facts that engraved the meaning into my daughter’s cortex, but seeing how the words worked in a situation she could understand.

The lesson for presenters is clear – trying to get your audience to remember facts is a difficult and ultimately
pointless task. What you really want the prospect to remember is how a particular fact (about your product or service) will affect their world. Don’t just keep telling them the processing speed of your bottle-sealing machine, demonstrate just how much additional revenue they’ll enjoy from the enhanced throughput. Instead of boasting endlessly about having at least a dozen offices in every continent, explain that this presence means they’ll be able to receive local support in a local language, or a fast response for troubleshooting, to keep them productive. Showing how a feature impacts on them and improves their situation is a far more effective way of teaching an audience than baldly asserting the facts.

So, we can give some credit to this Hispanic heroine. Despite her woeful inability to prepare an appropriate inventory for each expedition, a shocking lack of familiarity with the local geography, and the fact that her simian companion speaks better Spanish than she does, we can all learn a lot about presentations from Dora. Indeed, given her mastery of mnemonics and storytelling technique, it seems we have no choice.

How to reduce text on your presentation slides

It can seem daunting to take a text-heavy slide or list of bullets and turn it into something visual, especially if you don’t think you’re super creative. However, the first step is simply reducing the amount of text on your slides – and you don’t have to be an artist to do that! 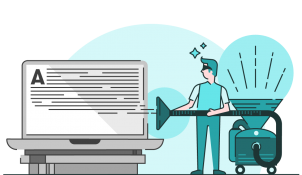 How to tell better stories with imagery

Saying that images are key tools for visual communication may seem obvious, but it’s all too easy to fall into the trap of using pretty pictures in a presentation simply because they’re pretty. Images can be so much more than decoration! 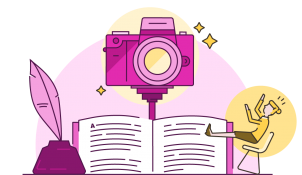 Inspire, engage, and transport your audience away from the land of lifeless training and into the world of compelling visual content. 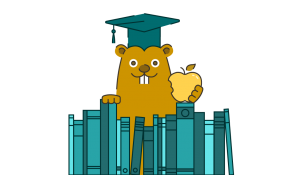 I wanted to make sure I send you both a HUGE thank you for making this story come to life and creating amazing graphics to help. We really appreciate BrightCarbon for stepping up our presentation game massively!