Five ways to rethink your slides 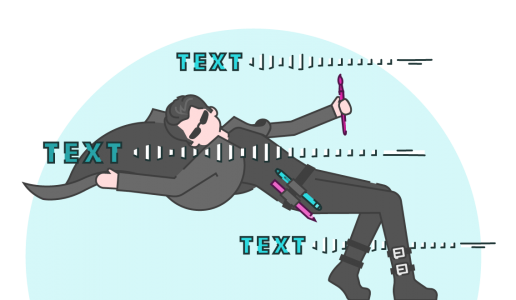 I’m sure we’ve all had to endure some really dire presentations. Quite often we can’t put our finger on why we come out feeling so depressed about life, in fact when we start to think it through it transpires that we remember nothing from the entire presentation.

It’s moments like this that I wonder if I was actually part of a big CIA experiment on mind-wiping rather than an attendee of a small-time business conference. But getting your presentations right isn’t mind-wipe science at all. Here are five ways you can improve yours just by doing some thinking…

Yesterday I was at an AGM. I confess that if I’d wanted an evening of fun and frivolity an AGM wasn’t the place to aim for, but sometimes civic duty comes first. But respect where it’s due, we got off to an OK start with some reasonably charismatic contributions and even the odd animated PowerPoint.

It all unravelled, however, when the finance guy came on. In all fairness he had a pretty hard act to follow: you see he came after the pizza. The battle had already been won and nothing about his dual budget proposition could tempt the audience out of their sleepy mozzarella-filled slumber.

He then threw up a slide consisting entirely of numbers and in my Texas BBQ-induced daze I thought I’d woken up in The Matrix. I started to panic a little. The girl to my left was feverishly taking minutes and, after having tuned out to have that Keanu Reeves fantasy, I realised I had no idea what was going on.

There are indeed many things we can learn from a situation such as this. Don’t head out in public with me is probably the first one as I embarrassingly had to ask for clarification, ushering in the third explanation of this complex Matrix-esque budget (which met with an audible sigh of relief from the fevered minute-taker).

So what practical advice can we give to stop people presenting dry subject matter to a disinterested audience?

It all starts when we think. Wow. What a dynamic call to action. Well start by thinking about your existing presentations and what poor slides could be costing you.

Think about your audience

There are some key questions you need to ask yourself before you jump into the murky world of PowerPoint. You need to put yourself in the place of your audience and ask:

Why am I here?

What is the problem I don’t know I have?

What is the solution you can provide me with?

What is the next step?

These questions will ensure you stay on-topic and relevant to your audience. When you’re writing your script and you can feel yourself starting to stray from the point, picture your audience reaching for their phones, Snapchatting their bored faces to their equally bored colleagues.

I was reliably informed once that the Disney characters populating Disney’s many theme parks are forbidden to remove the heads to their costumes in any area of the park – no exceptions, even if you’re drowning (a hard lesson learnt once by ‘Pluto’).

Don’t spoil the magic. The audience doesn’t want to see your speaker notes.

Try not to use words to deliver information on slides. What you get with text-heavy slides is a fight for the audience’s attention between the speaker and the written information. Here’s a heads-up, the speaker rarely wins, and they’ll likely exhaust themselves trying. Reading text is easier and quicker for the audience – although some will pay attention to you as a random act of kindness, most will cut to the chase, read the slides and zone out. Serenading the audience with spontaneous musical outbursts song will help capture their attention, but isn’t recommended.

You’ll have read about ditching text a lot on the BrightCarbon website because it’s something fatal to a successful presentation. But to take it one step further the absolute cardinal sin of PowerPoint slides is putting up something that more resembles (or is in fact in place of) speaker notes.

Ouch. Just don’t. Chances are the text will only make sense to you anyway and your audience will be left thinking ‘is that really how his/her brain works!?’ If this is your only option, do everyone a favour: print (or save the trees and email) a copy of your slides for everyone, skip the presentation and order pizza.

So if you shouldn’t think in words what should you do?

When you begin creating slides for a presentation you should think visually. Think how you can use imagery to enhance the way you deliver information. Now ‘enhance’ is an important word because your slides shouldn’t render the speaker redundant (or vice versa) otherwise there’s no point in having both. Aim to split your message into two – half on the slides, half spoken. The audience is compelled to ‘complete the puzzle’ and engage with both, and in doing so will tap into a much more powerful form of learning. There are lots of ways to use visuals to interpret information: flow diagrams, graphics, charts, pictures, photographs, icons – if you want the real 411 then I suggest you take a look at some of our tutorials…

But to take a working example, what our unfortunate finance guy from the AGM could have done is simple: instead of showing a slide full of numbers, show me what that looks like and tell the story behind the data. Create a pie chart showing what proportion of money is spent where and then use a simple graphic as a key. Even better would be to animate the chart in in stages, so we couldn’t look ahead – but had to engage with his narration to understand the full message.

Think about the story behind your data

I’ve just given a passing mention to graphs and charts, but I think it warrants a section of its own…

When our Creative Consultant Vincent delivers training on graphs and charts in PowerPoint he animates in the first, second and fourth bars of a graph. He makes up something about sales figures and it all hinges on the third bar. I’ve seen him do it many times, and each time I’ve been on the edge of my seat waiting for this final piece of the fictitious sales figure jigsaw.

I know, not everyone’s life is as exciting as mine, but the point remains – if you look at your figures and more importantly the story they’re telling, then your audience won’t sigh and check the football results when the finance guy steps up to do his bit.

When you then team this with the visuals something wonderful happens, and suddenly a slide full of numbers becomes bold and well-explained and genuinely interesting.

As one of my attributes I often list creative problem solving. What even is that!? It sounds like I’m parachuted into humanitarian aid crises with squares of paper to start a massive origami project. Well the reasons for the frequent misunderstandings I think lie with the word ‘creative’. True, creative can refer to artsy hippies, but there are so many more ways to be creative.

So being creative with your slides doesn’t necessarily mean peppering them with artistic impressionism or minimalist white space, but it could also be thinking outside the box and thinking of a practical, logical way to tell a story and deliver information.

What can you liken your product to? How can you effectively explain its inner-workings without resorting to reciting the manual?

Don’t fall into the trap of relying on a single expressive image that captures how you think the audience should feel. Let your graphics, icons and pictures do more of the heavy lifting: explaining how your solution works or how it delivers value.

Once you’ve considered your audience, how to take out the words and put visuals in instead, and how to use your evidence and findings to tell a compelling story, then think about how you can stand out from the crowd by delivering your information in such a unique and interesting way, you’ll have a theatre of people wanting to hear more.

As humans we find stories incredibly compelling, but why is that? And how can we make sure we're infusing storytelling in our presentations to keep our audiences engaged and invested? Read on to find out the rest of the story! 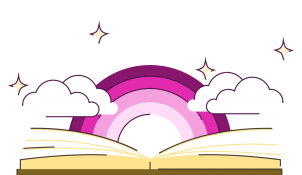 10 ways to keep your audience’s attention

We live in a noisy world. Advertisers constantly clamour for our attention and we’re much less likely to engage with something if we have to actively seek it out. The trend is that content is becoming bitesize. So how can we create content that will keep audiences engaged? Here are ten tips. 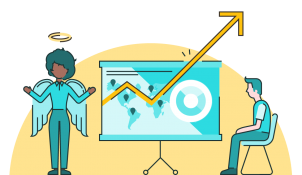 No matter how good your content might be, if it doesn’t look good you’re going to put your audience off even before you’ve started speaking. Here are three design hacks that will have you creating professional-looking presentations in about half an hour. 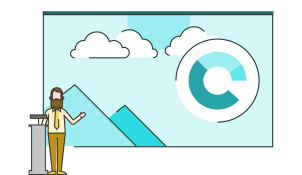