Bidding and presenting as the incumbent 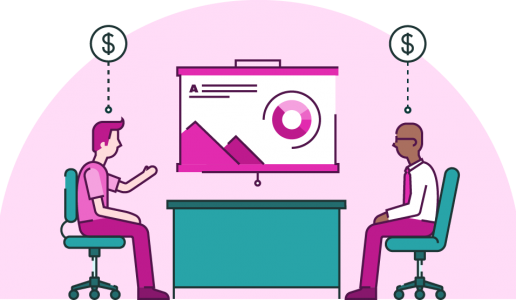 When an existing client invites you to bid for a renewal – against your competitors – things can get fraught. Bidding and presenting as the incumbent is different from capturing new business. You have a track record, they know you, it’s harder to offer excitement. It’s a bit like trying to impress a stranger versus trying to impress your own spouse…

Think about why the bid has come to the market

Why has your client decided to test the market? Did they have a choice? Are they unhappy with aspects of the service they are getting? Understanding the answer to this question should inform how you position your bid response.

Use the fact that you know them

Bidding or presenting as an incumbent, you ought to know what your client is really like better than most. Be careful not to assume anything, and pay careful attention to the language they use and the things they are asking for when you put together your new value proposition. But, at the same time, don’t be afraid to think about the challenges your client faces, and the things that you know are important to their business – both formally and culturally.

Like it or not, you stand on your record

If you have done a terrible job the last few years, the client will be influenced by that. Blaming the client for things going wrong doesn’t help hugely either – but you may be able to position poor performance as something that you have overcome, particularly if you can show an upward trajectory. Make it clear that you have learnt from any mistakes, and if necessary explain or allude to improvements that will prevent the same mistakes being repeated.

Don’t rest on your laurels

You may be performing well, but clients get turned-off by being taken for granted. Competitors will be promising the world. Offer realistic improvements and combat unrealistic promises by competitors by injecting a dose of reality by reviewing the assumptions they rest on.

Remind your client of switching costs

There’s a fine balance to be found between making a client feel trapped, and ensuring that clients understand how much disruption changing suppliers can cause. Identify the major costs – in terms of time, money, the headache of establishing and stabilising a new service, and having to teach a new supplier all over again.

It’s counter-intuitive, but think about it. A competitor will promise change, then spend months setting up a service, getting to know the client, and building trust. In theory, the incumbent can deliver change on day one of a new contract – or perhaps even earlier.

If you promise the world now, have a good reason why you didn’t already deliver it

Maybe the client wasn’t ready. Maybe the market has evolved. Maybe you thought that’s what the client wanted then but not now. But you need to expect the question. If you can do all these great things, why didn’t you already introduce them to the account?

No client wants to be taken for granted. Get a professional pitch presentation. Rehearse. Answer the questions. Pay attention to the scoring system your client has introduced – and make sure you answer questions and get points. Don’t assume you know what the client ‘really’ means.

Find the skeletons in the closet

Make sure you understand your past performance. Speak to different people, get different viewpoints. Don’t be complacent – try hard to uncover problems, just in case. You are better off addressing problems than hoping that they won’t be remembered. Sometimes your main client contact can think highly of your service, while important decision makers think you have been under-performing. I’ve worked with a client that found out too late that they had huge problems in one location in Asia, but that things had been hidden internally. Don’t let that happen.

Don’t give away too much profit

It’s tempting to buy renewals at any cost – but without profit or a clear strategic imperative – what’s the point? Others may come in and bid too low – but that won’t provide your client with stability. You know better than most what the cost to deliver will be, consider being transparent about your margins if you need to combat an under-priced offer.