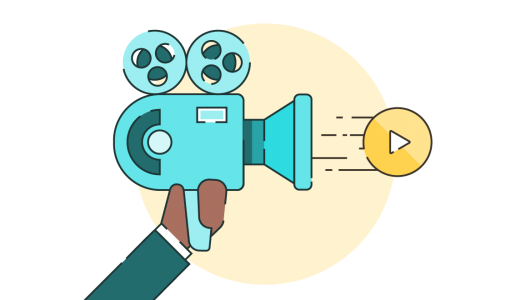 As a presentation designer, I am constantly on the lookout for inspiration and new ways of thinking visually. A good presentation should certainly be many things, chief among them: eye-catching, and compelling. One way we can achieve this is with interesting graphics and visuals. The right visuals actually add to what you’re trying to say and help the viewer enjoy, and understand the narrative rather than merely sit through it.

One of my favourite forms of ‘presentation’ is movies; specifically the title credits of a movie. Title credits serve to set up the audience for what is about to come in the film, and sometimes even reflect the plot of the story. Clever use of typography, photography, sound, collage and countless other methods have been used in the past to open up a film.

Just like movies, presentations have to have powerful openings too – in fact we think this is so important, we regularly give a masterclass on how to do it well. There are lots of lessons we can learn from great movie title sequences in creating great presentation openings, and there’s no better master of the art than Mr. Saul Bass. In this post I’d like to take a look at the hugely important role Saul Bass played in the development of the movie title sequence as an art form, and how he used this presentation method to wrap the audience’s mind around a film before it even began. I’ll outline how and why his design style inspired not only me but an entire generation of graphic designers and filmmakers.

Who is Saul Bass?

Saul Bass was an American graphic designer and movie producer/director, born in New York in 1920. His graphic design style was heavily influenced by Swiss Typography along with De Stijl, (and particularly the work of Piet Mondrian), Russian Constructivism ( specifically Kandinsky) and the Bauhaus movement, all of which were based on a design ethic of bold colours, simple geometric shapes and form, silhouettes and efficiency. 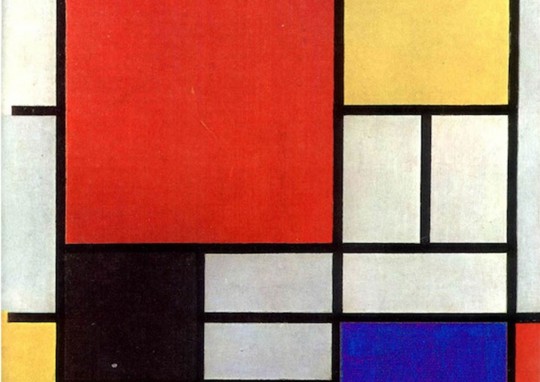 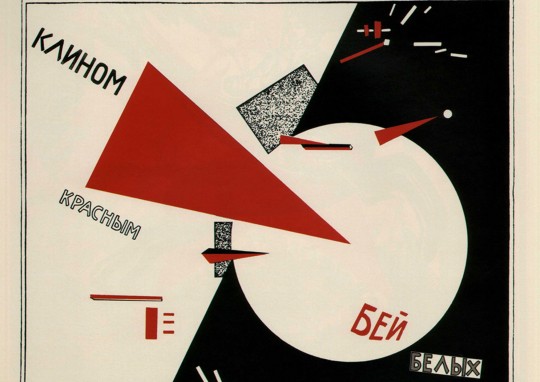 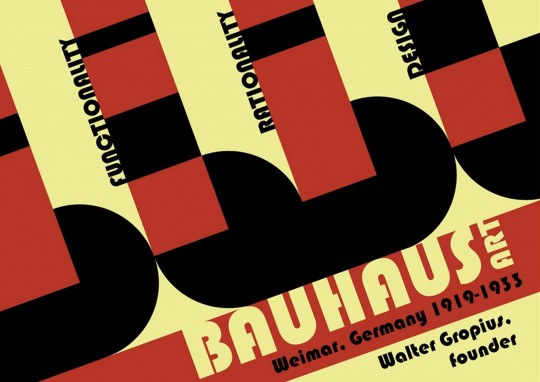 The early years of the movie title sequence

The opening credits or titles of a movie, traditionally looked and acted very differently before Saul Bass introduced his style. Initially, they mainly consisted of simple black and white chalk boards listing the cast and crew. These were sometimes accompanied by static background imagery and illustrations. There were no animations, and no real thought given to the idea of setting up the premise of a film.

Below are examples of what title credits looked like in the 1920’s 30’s and early 40’s, predominantly from ‘silent’ movies, and a screenshot sequence taken from the silent movie star Buster Keaton’s movie: ‘The Boat’. 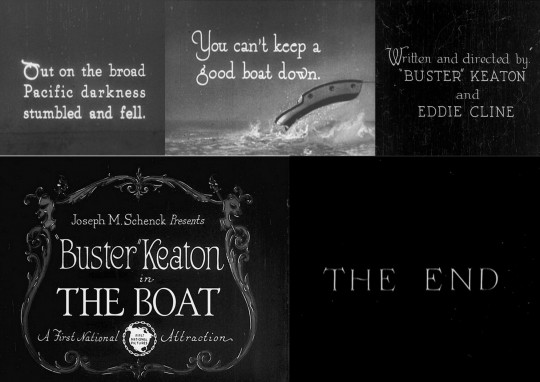 This quote sums up Saul Bass’s approach to the Movie title sequence:

‘‘For the average audience, the credits tell them there’s only three minutes left to eat popcorn. I take this ‘dead’ period and try to do more than simply get rid of names that filmgoers aren’t interested in. I aim to set up the audience for what’s coming; make them expectant ’’

Today the title sequence is equal to that of a TV commercial or a music video in terms of scope and scale. To illustrate this point, let’s look at the work of two notable directors with whom Bass collaborated.

Alfred Hitchcock was a master of suspense and the psychological thriller genre; arguably one of the most iconic directors of all time. Hitchcock’s M.O. in terms of ‘presenting’ to an audience-was always abstract form and imagery – which is probably why he worked so well alongside Saul Bass. A presentation can really benefit from strong, bold colours and – particularly – photography. Adding a flood fill photograph into the background of a slide can really give it that wow factor – it brings a presentation to life. Bass used these little tricks to great effect in his sequences for Hitchcock, blending film and still photography together seamlessly.

The first title sequence here, is that of Vertigo: a dream-like thriller set in San Francisco, about a private detective who falls for a beautiful, suicidal woman whom he is hired to trail. In this sequence the shapes in the titles relate to the human eye and the workings of the inner mind. The hypnotic spirals create a dizzying sensation, representing the main characters’ loss of control, and subsequent vertigo later in the film.

The next sequence is from Psycho – maybe Bass’ most famous title sequence. The film is about a schizophrenic- killer with a split personality, who dresses in the guise of his mother, in order to lure young women into his motel. In this sequence the narrative is reflected by the grey horizontal and vertical lines shooting across the screen, which become jagged and juxtaposed – a nod to the confusion associated to the title character Norman Bates’s split personality, and schizophrenic mind-set. 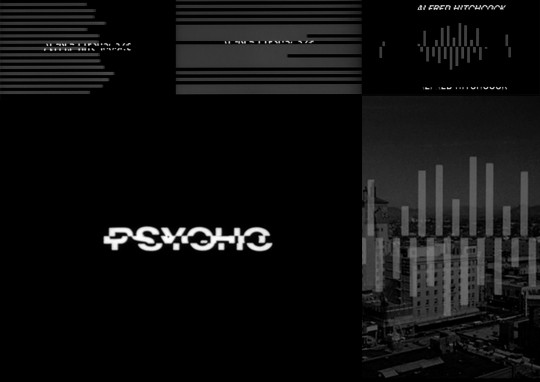 Scorsese has filmed some of the most iconic movies of the last four decades, and is famous for his tough, gritty crime dramas and thrillers. For Scorsese’s title sequences, Bass used bold typography, imagery, and sound.

The 1990 Italian-American gangster biopic Goodfellas is a film about the violent, turbulent life of three members of the mafia across two generations. In this title sequence, the narrative is reflected by a simple black background with white upper case credits hurtling across the screen at a rapid rate. The titles are short, sharp and frantic – which reflects the dangerous and glamorous gangster lifestyle that the characters are involved in. The red of the title symbolises the violence and death associated with life in the mafia. 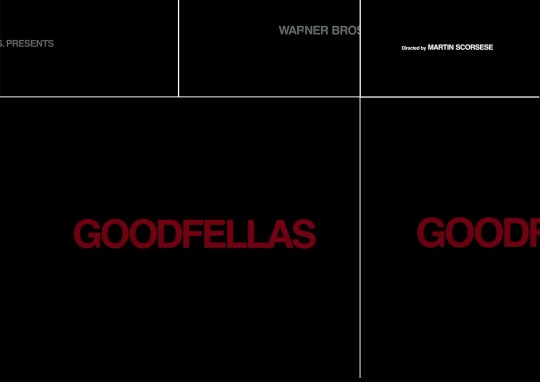 Casino focuses again on the Mafia, but this time its association with gambling and specifically the glitzy casinos of Las Vegas. Bass here shows his expressionistic influences using strong, bold colours. The narrative is reflected through photography and computer animation. It shows the main character – Robert De Niro’s ‘Ace Rothstein’ – being blown up by a car bomb, hurtling through a vivid fireball, which hints at the ideas of Hell and danger. This then blends into the vibrant lights of the Las Vegas strip, reflecting the energetic, glamorous lifestyle of De Niro’s character. 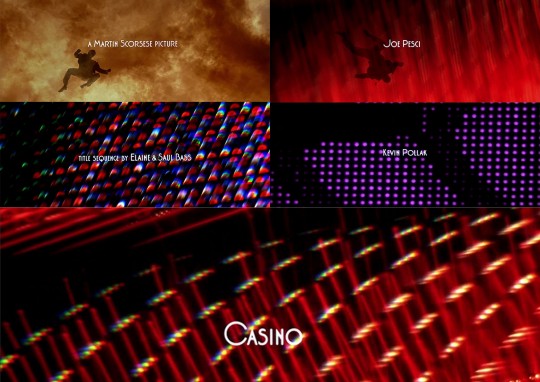 Bass’s work has a huge influence on modern design and indeed movie title sequence. Here are two of my favourite examples of modern day title sequences that have been heavily influenced by Bass and how he used the sequence to reflect the narrative of the film.

Catch Me If You Can is a crime caper directed by Steven Spielberg, about an FBI detective pursuing a con artist across the world. The sequence uses very bold colours, and simple imagery, much like Bass’ work. It depicts the detective chasing the suspect across the globe in various locations. 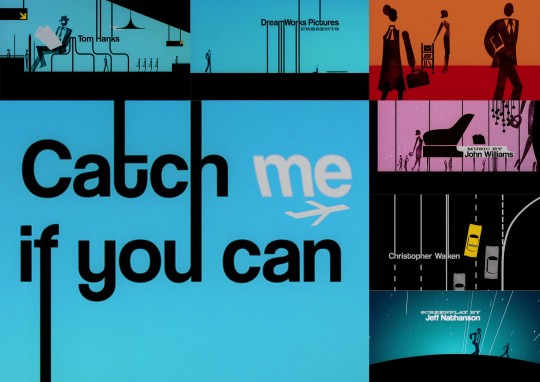 The final sequence is from David Fincher’s psychological thriller Se7en, about a two police officers hunting a sadistic serial killer who murders his victims through the use of the seven deadly sins. The narrative is reflected in these titles through the use of jittering photography and montage – showing the killer preparing his demented notebooks. The type and credits animate in a sinister way, magnifying the underlying feeling of discomfort. 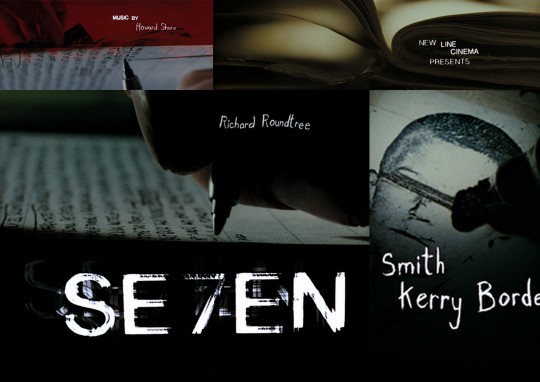 Bass’ visionary work in title credits not only affected generations of filmmakers, but also generations of designers. From a personal point of view, Saul Bass has been a huge influence on my design and I’ve created several pieces over the years that reflect his approach, including this piece that I created for a Horror festival back in 2007. 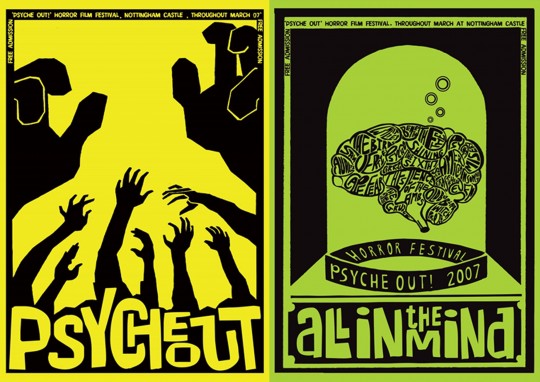 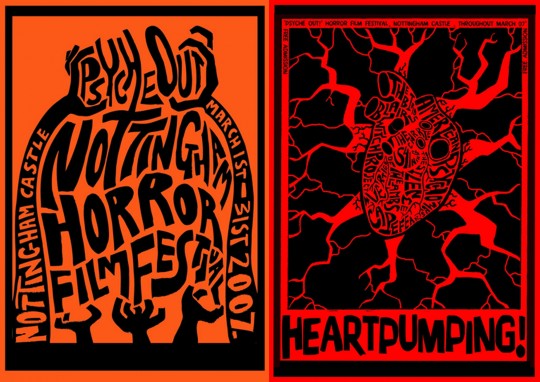 There is a wealth of knowledge to be mined from these title sequences, particularly in relation to presentations and how we set up our audience. Without the exploits of innovators like Bass, the art of presentation would not be what it is today. If you want some inspiration for your next visual presentation, check out the work of Mr. Bass himself. Oh, and you now have an excuse to re-watch all your favourite movies!

Create a stunning title slide sure to impress even the harshest critic by following this easy PowerPoint tutorial from one of our expert designers. 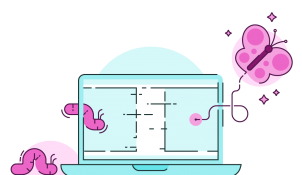 How to loop a sequence of PowerPoint animations

Unleash your creativity and use this simple technique to loop sequences of animations throughout a slide no matter how long or complex the sequence is! 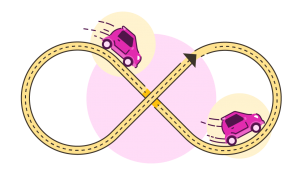 How to create beautiful and effective academic posters in PowerPoint

Your academic posters should be keeping pace with the rate science is moving, not trailing behind! It’s time to upgrade your template and create beautiful and effective academic posters using PowerPoint. 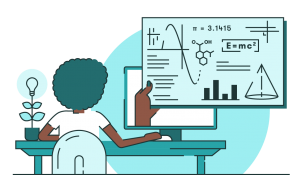 No one was looking at their electronics; all eyes were on the podium. We raised the bar on what a great presentation is supposed to look like.