SVGs are the common format for icons and illustrations in PowerPoint. They’re terrific, until you try to change the fill or line colour of multi-colour graphics, which is when they go wrong. However, with a bit of clever coding, you can create Smart Icons and Illustrations where you can select what parts of an SVG will change fill colour, which parts will change line colour, and which parts don’t change at all, giving you a terrific degree of creative freedom and allowing your icons and illustrations to change in response to your theme colour, template, and brand.

What is an SVG?

SVG graphics and icons in PowerPoint

Locking outline colour and width of elements in PowerPoint

What is an SVG?

(Scalable Vector Graphics) is a commonly used vector graphics format, especially prominent on the web. As it’s vector-based, there is no loss of quality when scaling, unlike a traditional picture like a JPEG or PNG (which are raster-based).

SVG graphics and icons in PowerPoint

Single object | PowerPoint treats SVGs as a single object, even though they can be made up of many shapes — it’s good for performance, keeps your selection pane tidy, and the smart guides in PowerPoint won’t try to latch onto every shape. You can break apart an SVG into individual PowerPoint shapes if you need to (select the SVG, then Ungroup it once to convert to PowerPoint shapes and ungroup a second time to break it apart into individual elements (Ctrl + Shift + G on a PC or Alt + Shift + Command + G on a Mac, if you have three hands).

Scaling outlines | Any outlines on the SVG scale to retain their original appearance if you resize the graphic, something that PowerPoint shapes won’t do, so you have to fix it manually.

You can still manually change the fill and outline colour, and the outline width, but you don’t have as much granular control over the appearance of each shape as you do with PowerPoint shapes. However, it’s generally sufficient for graphics like icons, for example.

Crop | You can crop SVGs just like you can with images. It’s an odd one, but can sometimes be useful and something you definitely can’t do with PowerPoint shapes.

Theme colours | PowerPoint shapes can be tied to specific theme colours, making them adapt to different masters and templates. And if you use several PowerPoint shapes to form an icon or illustration, each of which is tied to a different theme colour, then the colours of those shapes will change to match new theme colours, which is great for rebranding. However, SVGs are typically tied to a single colour, so you can’t benefit from beautiful multi-colour icons and illustrations. What’s more, if you break apart the SVG into separate PowerPoint shapes, then changing the colour can result in all sorts of odd behaviours, with extra shape fills or lines that you didn’t want.

However, with a bit of coding trickery, you can create SVGs where you control which parts of it change fill colour, which parts change line colour, and which parts won’t change at all. You can choose which parts of an SVG tie into your template theme colours. And ultimately allow people to create presentations with on-brand icons that they can control without messing them up.

Before we get into it, we need to look at some of the fundamentals that make up an SVG file. Below you can see a very basic SVG graphic with three circles, and on the left of it you can see the the same file opened up in a text editor. I have simplified the code a bit to make it easier for me to explain, but these principles will be the same in any SVG file.

The important concept to understand from the code above is classes. Every shape has a class assigned to it (1), and these classes are defined before the shapes (2). In this example, the class “Purple” says that all shapes with this class will have a fill colour of purple. Two of the circles have the class of “Purple” applied to them, and those two circles are indeed drawn as purple circles. You can define many properties in a class, but for use in PowerPoint a class can be used to give multiple shapes in an SVG the same fill colour, outline colour, or outline weight. Classes are what make all of this work.

We’ve found a number of special SVG classes that allow you to link shapes in an SVG to a theme colour in PowerPoint. Let’s look at the example from above again, but this time change the class name of “Purple” to “MsftOfcThm_Accent1_Fill_v2”. On the right you can see what this SVG now looks inside a vanilla new file in PowerPoint — the purple circles are now blue, which is Accent 1 in the basic new file Theme Colours.

With that out of the way, let’s look at the class name itself. The class name is made out of 4 parts, all of which are separated by an underscore (see the image below). Parts 1 and 4 are not of particular interest — they’re important to make it work, but they don’t allow you to control the outcome (although future version 3 of this class name might behave differently). Parts 2 and 3 on the other hand help you define what theme colour you want to use, and where you want to apply it. The image below shows you the 10 different colours you can use, either as a fill or an outline (outline is called stroke here). We know that auto-generated tints in PowerPoint are also accessible via class names, but we think using these tints is generally bad practice (as they’re rarely on-brand and some of the autogenerated tints can be garish colours). 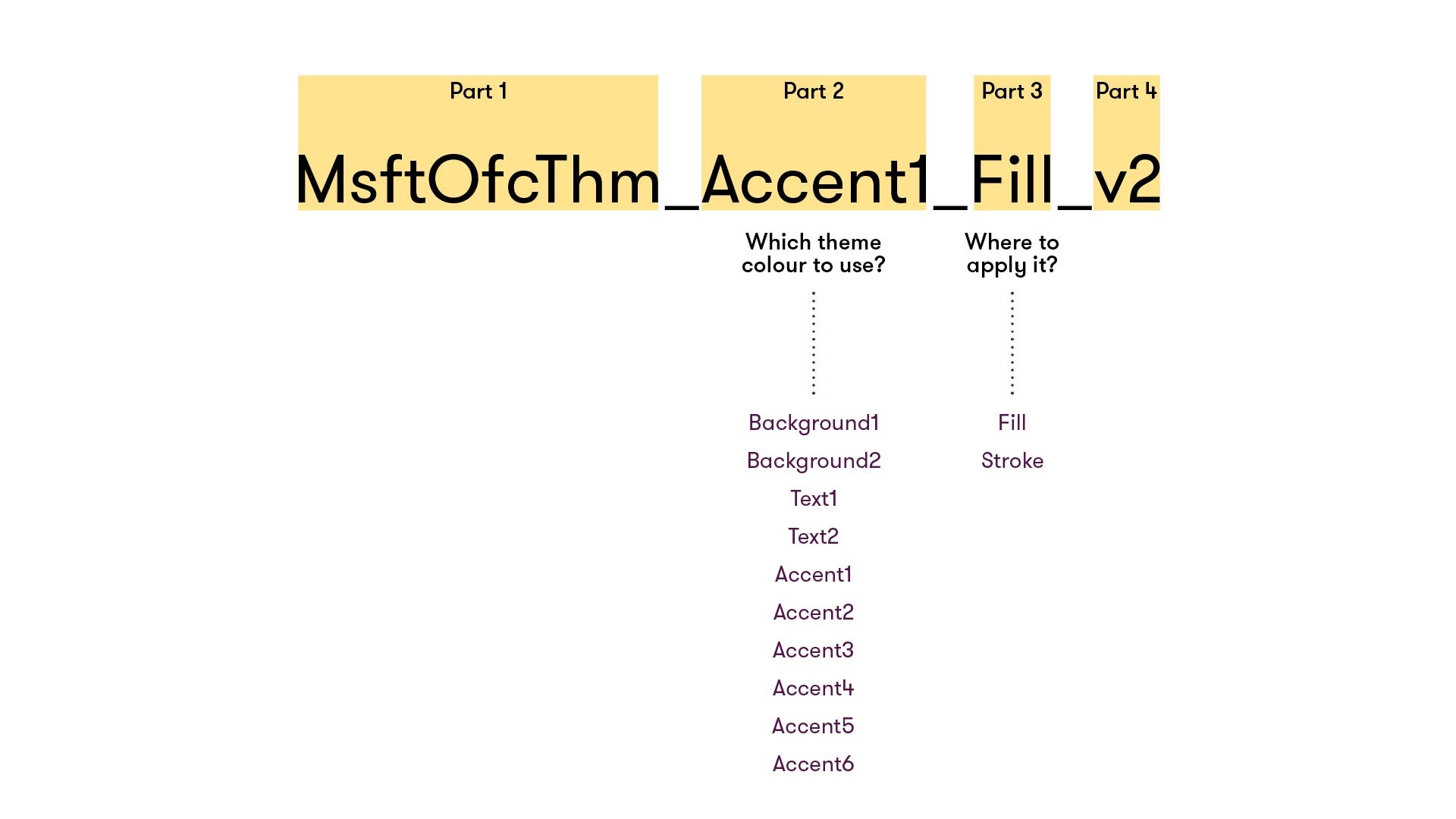 There are some interesting side effects of using these classes that be hugely advantageous for greater control over the style and format of your SVG icons and illustrations in PowerPoint. One of them is locking the fill colour of parts of the SVG. Let’s have a look at the example from earlier, where the purple circles are now blue inside PowerPoint.

The blue circles are using one of the special fill classes, while the yellow circle is not. Let’s change the fill colour of this SVG and see what happens.

We’ve changed the fill colour to orange, but we can see that the yellow circle is still yellow! Using a special fill class will make fill colours of all shapes not using a special fill class uneditable within PowerPoint. You can target which shapes to make uneditable, and vice versa — we think there is a lot of potential in leveraging this behaviour.

Locking outline colour and width of elements in PowerPoint

Let’s look at another example. This time let’s try a mix of outline and fill classes. The image below shows you which classes we’ve used, and what the theme colours for that template are.

Let’s change the outline colour and see what happens, and let’s compare that to the same SVG with no special classes.

When changing the outline colour, you can see that with a normal SVG, every single shape now has an outline — essentially breaking the icon. With the special outline class in effect, we can see that no outline is added to shapes that don’t have the outline class. You can even change the outline width of only those shapes with the class, leaving others unaffected. This could allow you to get more out of your graphics in PowerPoint, making them flexible in just the right ways, while restricting aspects that don’t need to change.

We create most of our graphic assets in Illustrator. For us, it’s important to be able to control the class a shape will have straight from within Illustrator, because sometimes we’re dealing with hundreds of assets at once. Let’s go through the steps of how to achieve this in Illustrator.

We’ve created two simple circles. One has a 10pt outline that is yellow, and the other is just filled in with a purple — the colour is not important for this example, but it is good practice to use the same colour the shapes will be mapped to in PowerPoint.

Here’s a list of the most useful special SVG classes:

How to convert images to text in PowerPoint

Have you ever started working on a presentation to find that pieces of content have been pasted in as images instead of editable text? But fear not! Help is at hand. Here is all you need to know about how to convert images to text in PowerPoint. 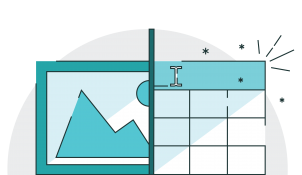 Wheel animation in PowerPoint: How to spin anti-clockwise

Are you frustrated by the wheel animation in PowerPoint? Do you want it to animate anti-clockwise, or from a different starting point? Look no further. 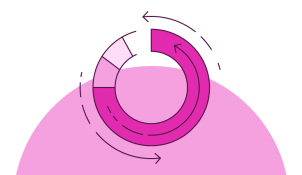 It's Christmas! After a late night with too much eggnog and brandy snaps we set ourselves a challenge to see who could come up with the wildest PowerPoint Christmas card! So it's the day after the night before, and through blurry eyes we can reveal our efforts... 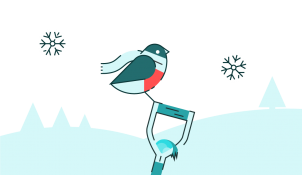 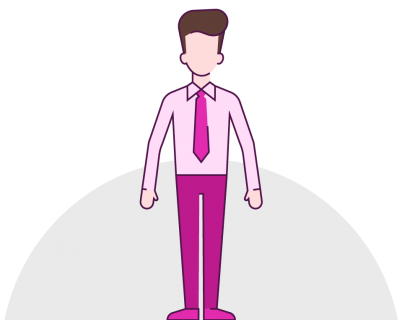