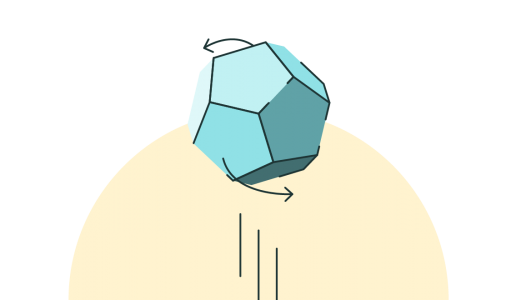 For a long time I’ve really wanted to create something that gives the illusion of 3D animation in PowerPoint. I’ve lost count of the number of times when a spinning object would have been perfect for the message of the slide (plus it would look really cool!).

However I’ve really struggled to develop a method that looks good with just the tools PowerPoint provides. It’s worth saying that 3D goes way beyond just spinning an object round, in fact you can read more about that here, but I’d found limitations with all kinds of 3D effects in PowerPoint.

My original plan had always involved stretches, wipes and then a motion path to make sure everything was in the right place at the right time. Not only did this look messy as hell, it was also a nightmare to create. Up until now my secret weapon was to create the surface image of the object I wanted to rotate, then cut the object shape out of a masking layer, and finally motion-path the surface below it. 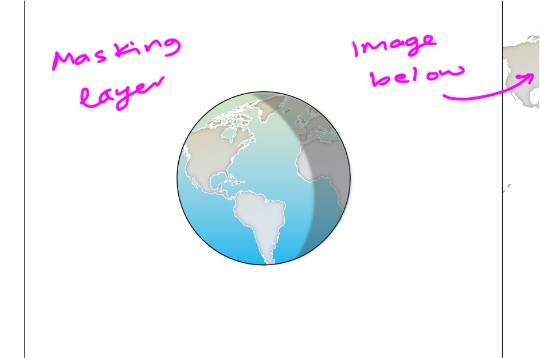 As a quick fix, it works, but I’ve never been totally satisfied with the results. However, now I’ve come up with something that I actually like the look of. 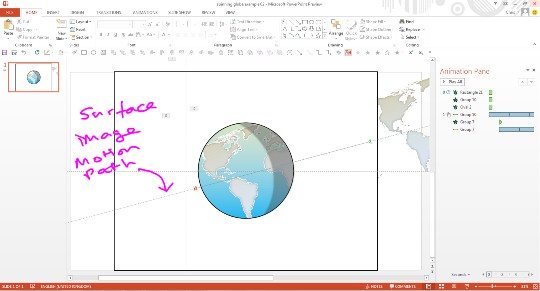 As is so often the way I discovered this method whilst working on something completely unrelated, and what I have come up with is a simple combination of a horizontal grow/shrink, a small spin and a pair of motion paths. The best bit of this technique is that it doesn’t involved anything terribly complicated in terms of animations, particularly the bane of my PowerPoint existence: motion paths!

So what I’ve come up with is a combination of a horizontal shrink, a rotation and a (straight) motion path, and I’m really pleased with the results. 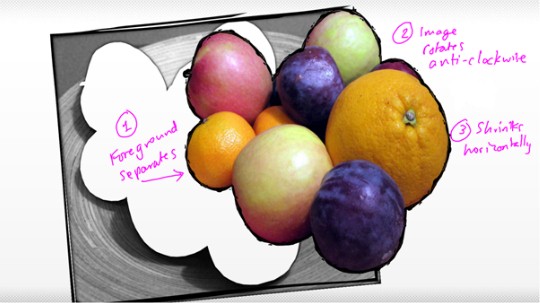 By combining these three animations you can simulate a change in perspective on a single object, as well as the changing relative positions of multiple objects as you move the point of view around them.  The horizontal shrink simulates rotating the point of view to one side, then the spin gives you a slight lift to your view, and finally the motion paths let you separate previously adjacent objects giving the appearance of relative movement between them. 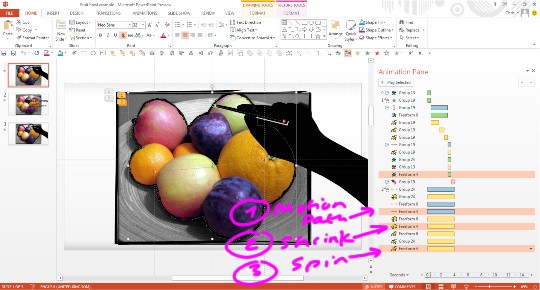 Unfortunately this approach only works in a very narrow range of situations. You need reasonably flat objects (because you can’t cheat the fact that you cannot see the sides as the objects move round) and you can only create the effect of very small changes in perspective. So you can’t get something spinning like this. However I’m planning to use it to create effects like exploding diagrams, where you want to take a look inside something, and I think you could get it looking pretty good like this!

If you’re lucky enough to have PowerPoint 2016 with an Office 365 subscription, you’ll be able to use the morph transition. Which means you can hack 3D PowerPoint just like this. 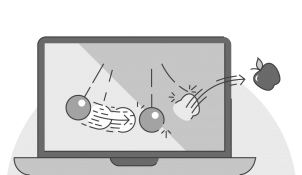 I asserted that PowerPoint couldn’t do this... My conversational partner claimed I was wrong, this option was hidden in the settings and I just hadn’t looked hard enough! Quick - to the nearest PowerPoint equipped PC... 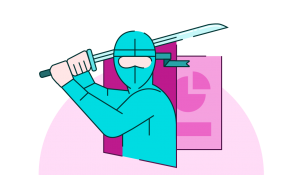 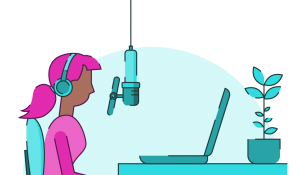